Round Up of First Light Pavilion Press

"New visitor centre at Jodrell Bank is out of this world" Thomas Lane, Building

Dezeen takes a look at the site, "designed by its first director Bernard Lovell and was awarded UNESCO World Heritage Site status in 2021." Casson Mann's team "repurposed sections of one of the telescope's old radar dishes as curved panels for projections... Visitors will circulate clockwise through a series of interactive displays which will tell the story of the site, the history of radio astronomy and modern astrophysics, the dawn of the Space Age and the creation of the Lovell Telescope."

Thomas Lane from Building calls the new visitor centre "out of this world", writing that "while the radio telescope searches out the mysteries of the universe, the new centre presented challenges of a far more terrestrial kind." "The approach to Jodrell Bank Observatory’s new First Light Pavilion is designed to instil a sense of surprise and wonder...The centre includes interactive exhibits showing the work of the observatory and the “space dome”, a huge, 270º curved screen where visitors can enjoy a 30-minute film detailing the history of Jodrell Bank which is narrated by Professor Brian Cox."

Lane outlines the construction work on the First Light project: "Internally, the soffit was sprayed with an acoustic deadening material and specialist audiovisual equipment installed. The main exhibition area is filled with a variety of Jodrell Bank highlights, including how it was used to track Russian Sputnik satellites and the race between Russia and the US to land the first man on the moon. A nice touch is a further link between First Light and the Lovell telescope which is provided by the curved projection screens in the exhibition space. These are old white steel panels from the Lovell telescope which were recently replaced because of corrosion. The corroded areas are visible and add a touch of character." 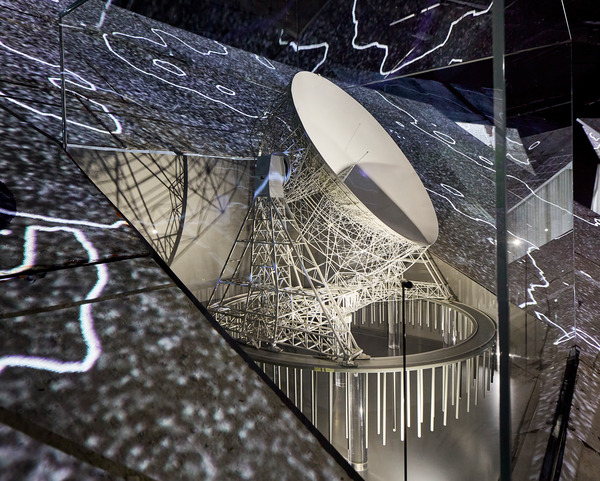 "First Light opened in June and is proving popular with visitors. Amy Bishop, the head of marketing, says it is attracting a more diverse audience and that they are staying longer than previously." 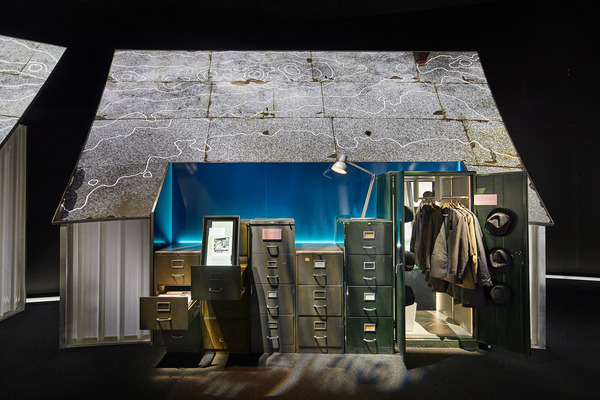