Opening on 4th June this year, the First Light Pavilion is a new visitor experience at the UNESCO World Heritage Site of Jodrell Bank - the world’s first radio observatory. Set in the Cheshire countryside, Jodrell Bank is part of the University of Manchester’s School of Physics and Astronomy, and the First Light Pavilion showcases the inspiring history of Jodrell Bank for the first time. Casson Mann designed this new exhibition and were responsible for the interpretation of the Lovell telescope - completed in 1957, it is still one of the largest steerable-dish radio telescopes in the world and it occupies a special place in British culture and the popular imagination.

Casson Mann worked with the director of Jodrell’s Discovery Centre and the public engagement team to create the First Light Pavilion, which tells the social and human story behind the Lovell telescope and the man who fastened upon the idea, Bernard Lovell. 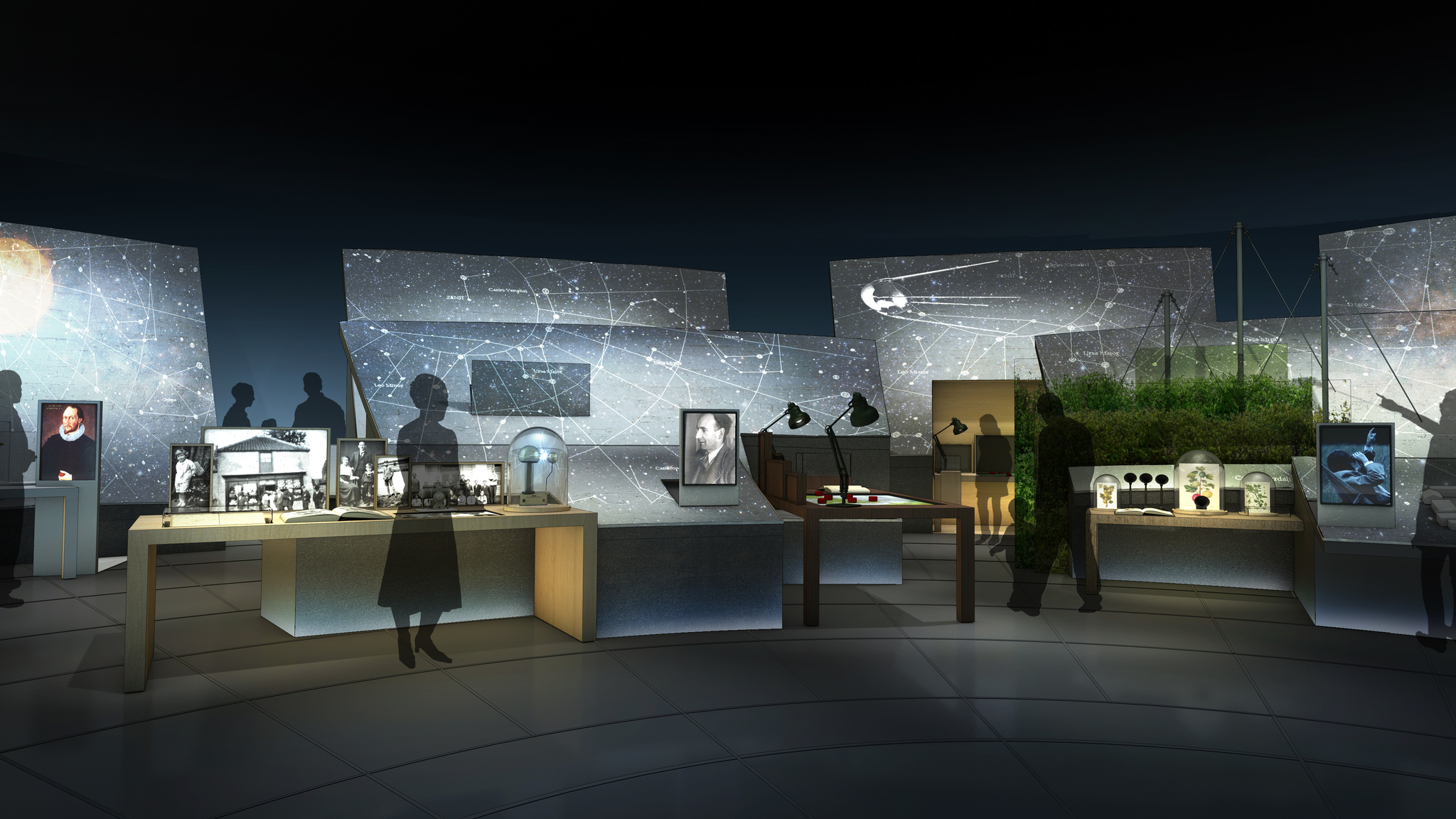 Casson Mann’s design for the exhibition uses the skin of the telescope itself as its central feature. Parts of the original dish have been removed from the Lovell telescope and integrated within the First Light Pavilion. This creates the structures of the exhibition displays and the surface upon which all of the narrative content is delivered, mainly using projections and audio-visual techniques.

This tremendously exciting attraction brings visitors into direct contact with the telescope - the authentic metal plates that have ‘looked’ towards the heavens, that have been touched by cosmic rays and ‘space dust’. They come to reveal not only their own story, but the story of our place in the Universe. 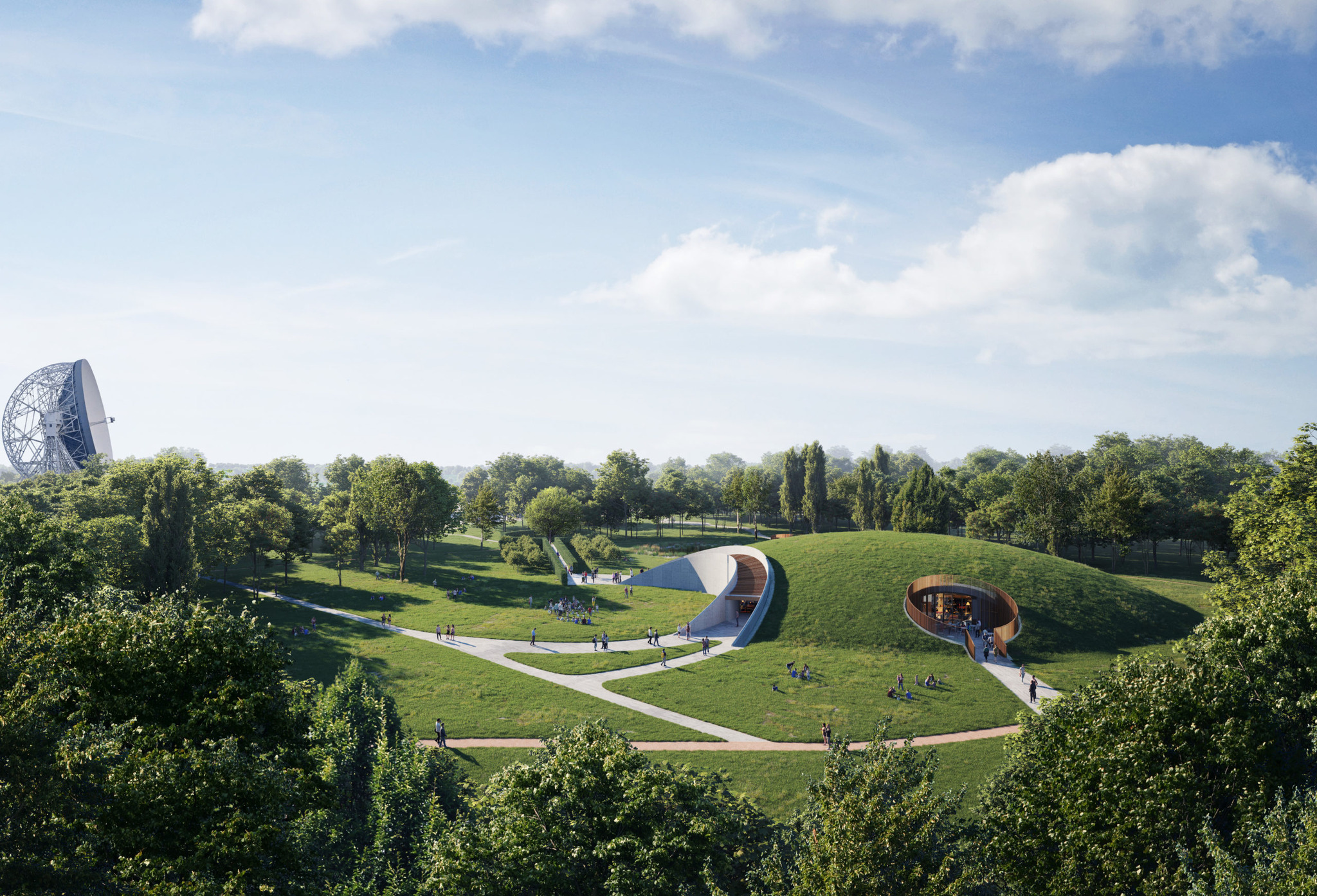