The soundscape for these important galleries, created by Idee und Klang Audio Design with creative direction by Casson Mann, has been awarded the prize for 'Soundscapes and Ambient Sound' in the International Sound Awards.

The galleries feature a carefully controlled soundtrack throughout. At times, visitors are aware of ambient sound, for example in the Einsatzgruppen section, where natural noises such as birdsong and wind, evoke a sense of place. At other times, there is controlled silence. In some areas contemporaneous sounds taken from archive material are adapted to underline the message, applause at a Nazi rally attenuates into marching, the rhythm of typewriters echoes like train wheels on a track. 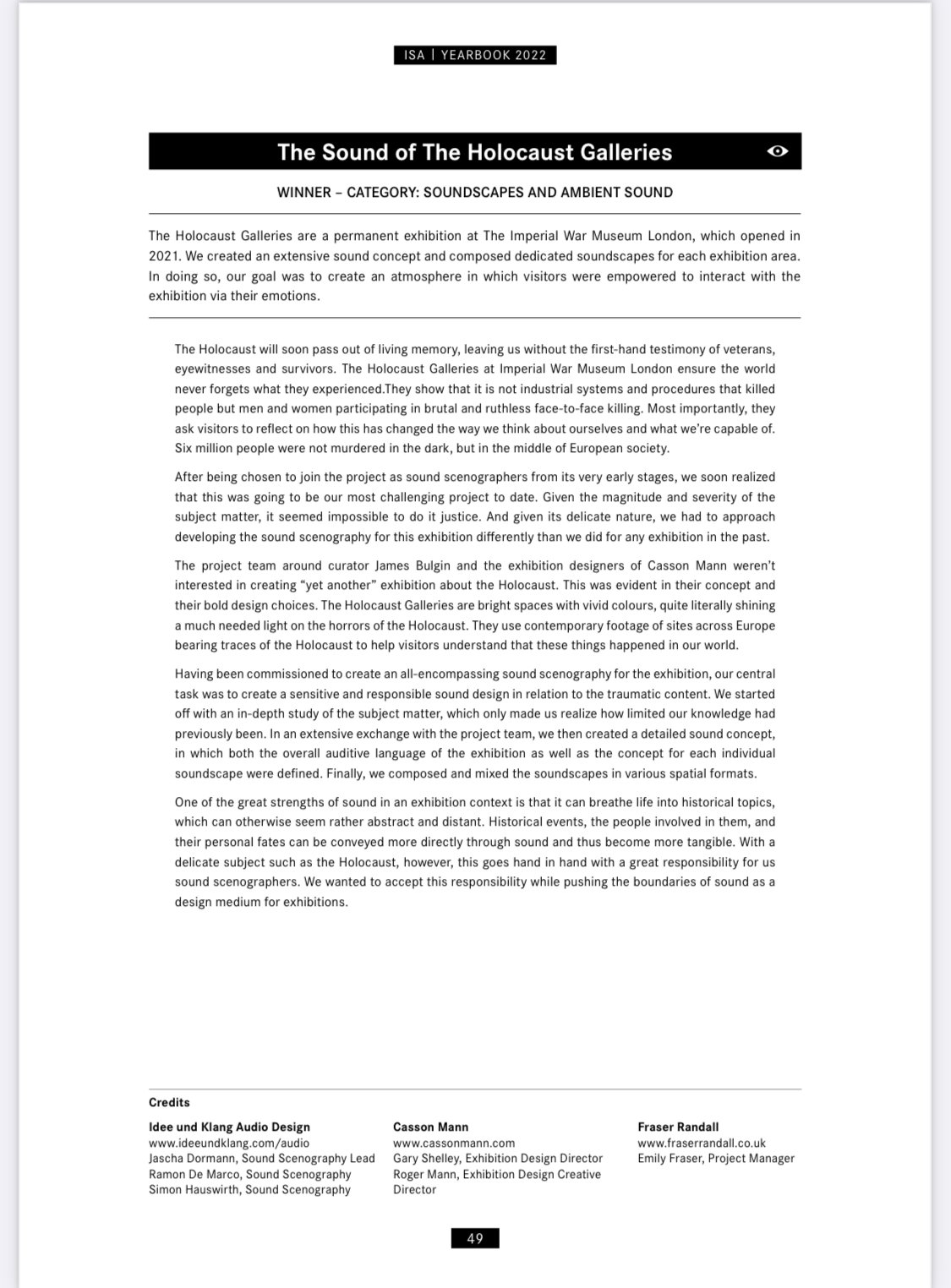 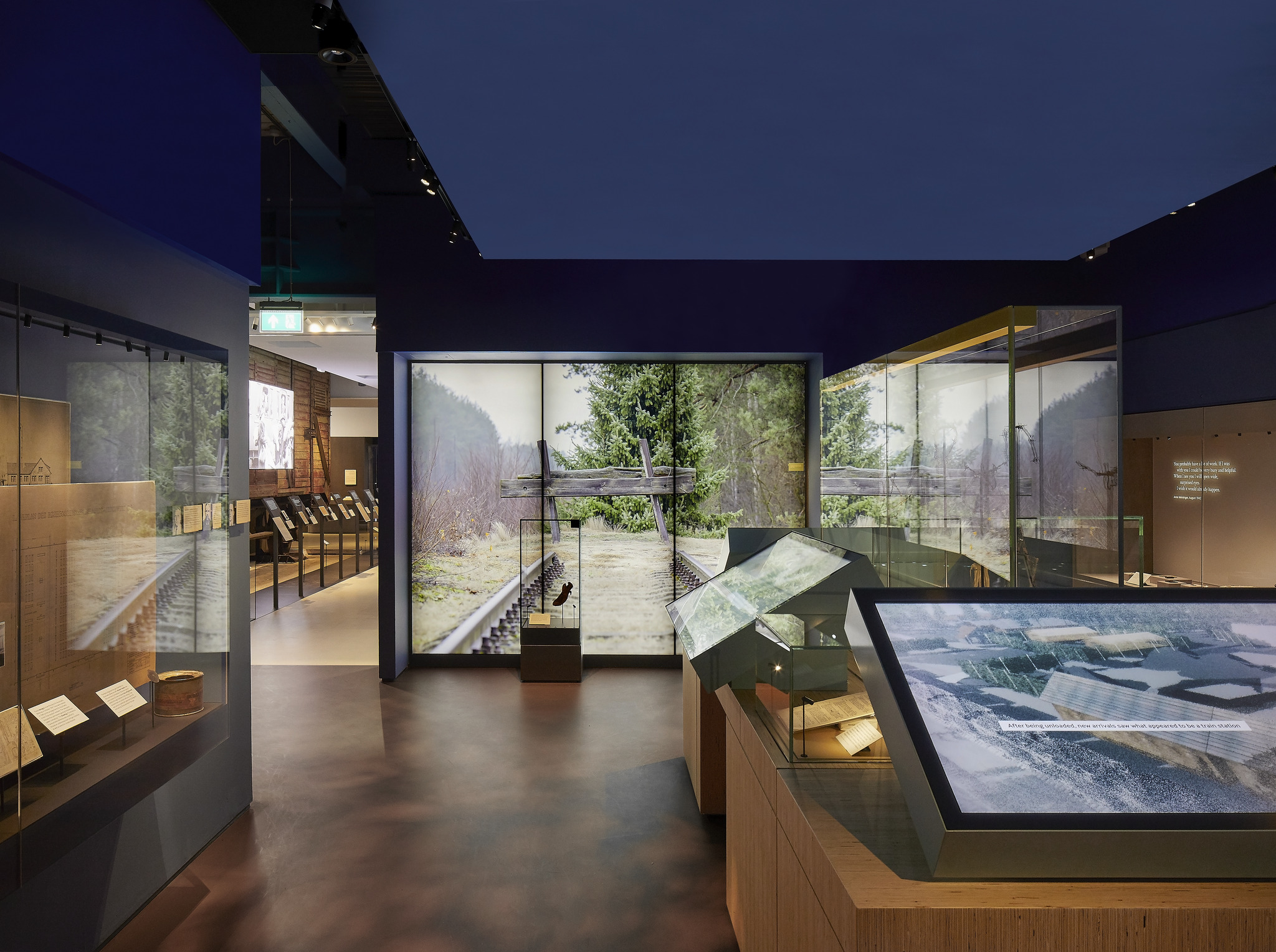