Designed by Casson Mann, Pressoria in Aÿ-Champagne has been awarded the Prix national de la Préservation du Patrimoine Viticole 2022 (the French 'National Prize for the Preservation of Wine Heritage 2022').

Symbolically, and to recognise a coherent wine tourism offer at a territory level, the jury of ANEV administrators decided to reward both the Museum of Champagne Wine and Regional Archeology of Epernay and Pressoria, our sensory interpretation centre about champagne. The Epernay Museum helps to explain the technical, sociological and cultural evolution of Champagne. Pressoria, 4km away, serves to show and arouse memory, gestures, and especially emotions with its totally immersive route, hosted in the former centre of the Maison Pommery which was entirely renovated for the project. 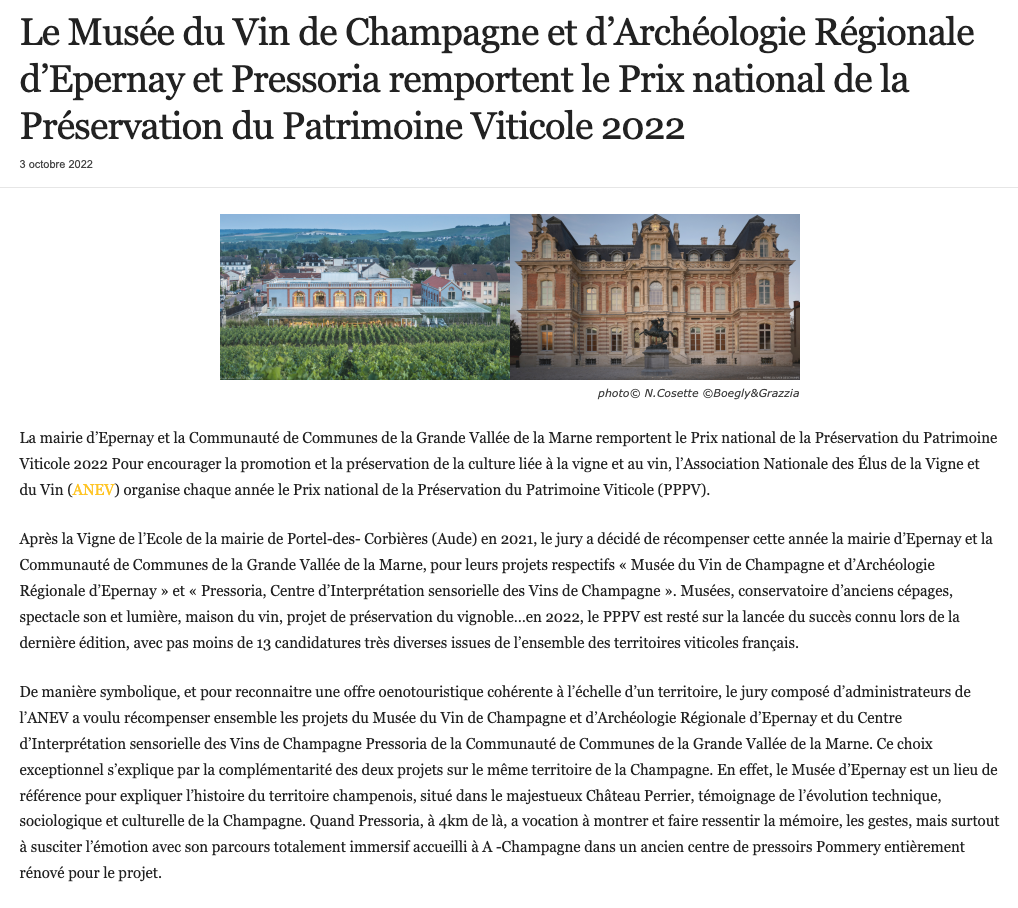 The PPPV jury wanted to “highlight two complementary local projects which share the history, the richness and the diversity of the region around the capital of Champagne, Epernay. These two achievements, based on the sustainable restoration of historic buildings emblematic of Champagne, offer a journey to explain how viticulture contributes to the structuring and development of the Champagne region, while respecting the natural wealth of the territory. […] Pressoria and the Museum of Champagne Wine and Regional Archaeology, by their nature and thanks to the complementarity of their wine tourism and cultural offer, constitute a formidable tool for the preservation and promotion of the Champagne wine heritage! ".